Mouthwashes are a great adjunct to your oral health, as mouthwashes serve many purposes.

Read my article on Are Mouthwashes healthy? To understand some functions of mouthwashes.

As mouthwashes are liquids, they have the potential to reach a larger percentage of your mouth, then a toothbrush or a tongue brush which are area specific. In addition, you don’t want to be causing damage by brushing areas of your mouth that shouldn’t be brushed like the inner side of your cheek (known as buccal mucosa) or the floor of your mouth (under your tongue).

A question I get asked frequently is: are there any healthy mouthwashes out there?

And the simple and quick answer is: YES.

In this article, I want to discuss one ingredient from the many ingredients in healthy mouthwashes, and that is the spice: Cinnamon. 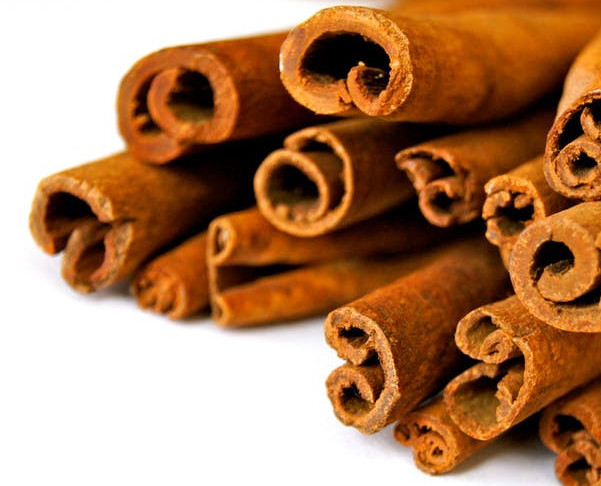 Cinnamon has been used as a spice in daily life for millennia, without any reported side effects. Several reports have dealt with the numerous properties of cinnamon in the forms of bark, essential oils, bark powder, phenolic compounds and isolated components. Cinnamon has been harnessed for the many benefits that it has for the human body. In recent times, more studies have been carried out to research the effects of cinnamon and the potential health benefits it may have.

Human experience and studies have shown that cinnamon has mouth refreshing effects and an ability to remove bad breath. Today, research has unravelled lots of health benefits that come from cinnamon. There are strong suggestions that cinnamon may anti-cancer properties, and may help in treating cardio-protective and neurological disorders. However, more clinical research is needed to substantiate these aspects of usage.

For the purpose of this article, I will be addressing the dental and oral benefits only, for obvious reasons.

In the Oral Cavity

There are many dental and oral benefits to rinsing with cinnamon. I will mention a few of them in this article. Before I do so, I will remind the reader that oral hygiene is a multi-faceted approach which should combine mechanical and chemical removal of food debris and dental plaque, which is the prime cause of the major issues that affect the dental tissues.

Various scientific studies, have reported antimicrobial activities of cinnamon and its oils. This includes bacteria, as well as fungal and yeast species. These studies show that cinnamon is a natural antimicrobial agent.

The antibacterial activity is also broad spectrum, which means it targets a wide range of bacteria, which have the potential to cause damage in the mouth.

Microbes, especially bacteria are the number one enemy as far as dental decay and gum disease go. Having anti-microbial effects means that cinnamon aids the process of oral hygiene, by contributing to the battle against bacteria.

Healthy gums do not and should not bleed. If your gums are bleeding, then you should consult your dentist as soon as possible to understand the cause of this symptom. More often, it is due to poor oral hygiene which results in the build up of plaque.

Cinnamon is a coagulant which means that it aids the clotting of blood. This is useful in helping to stop the gums from bleeding, as part of the overall healing process.

Inflammation the body’s natural response to issues within the body. Whilst inflammation is an important part of the body’s dealing with issues such as infection, autoimmune damage and other matters; the side effects of an inflammatory process can lead to more damage and harm; and in many instances pain. That’s why we have anti-inflammatory drugs which work to calm down inflammation, such as ibuprofen, aspirin and diclofenac.

The above mentioned chemicals are manufactured; whereas cinnamon has the advantage of being naturally occurring.

As cinnamon works on destroying the bacteria that is responsible for the foul smell in our mouth, it makes it a good natural ingredient for treating bad breath. By working to reduce the numbers of bad bacteria, it helps us get rid of bad odour successfully, if used as an adjunct to the routine oral hygiene practices. 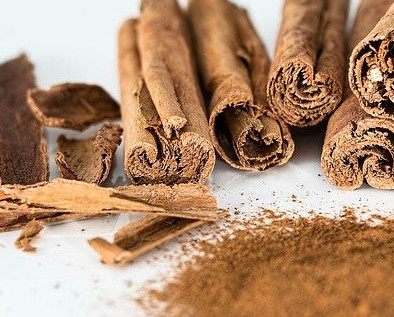 Mouthwashes have a number of functions, which include freshening the breath, kill harmful bacteria and providing a soothing remedy. Cinnamon has shown to display all these properties.

There are a few mouthwashes which are available online that have cinnamon as one of their main ingredients, however make sure it is not just a cinnamon flavoured mouthwash, but one which has cinnamon extracts. The one that I recommend is:

Jason Health Mouth Tartar Control, you can click on the link to buy it.

Whilst, I am not too sure about the tartar control, I can say that the cinnamon component will deliver the benefits as outlined in this article.

Or, you can go ahead and make your own homemade mouthwash. Here’s a website which explains how to go about that.

Note: I do NOT recommend you add the honey, to your homemade cinnamon mouthwash. Even though honey is good for health in many ways, it still has a form of sugar which will cause tooth decay; and you should not be rinsing with it.

Alternatively watch this video, which shows you how to DIY your homemade cinnamon mouthrinse: